The Trophies of the Internation 8-Meter Class  PDF

Donated: 1908 Year of origin: 1898
Donated by: His Majesty King Umberto of Italy
Owner of the Trophy: Yacht Club Italiano - Genoa
Qualifying yachts: All Int. 8-Metres holding a valid certificate of rating
Scoring: Only European yachts are scored. A separate low score based on the positions from the overall score.

Year of origin: 1939
Donated: 1983
Donated by: His Majesty The King of Norway Olaf V
Owner of the trophy: The International Eight Metre Association
Qualifying yachts: All Int. 8-Metres built and designed prior to 1960 holding a valid certificate of rating and answering to the deed of gift and rules of the Sira Cup.
Scoring: The winner of the Sira Cup is the classic 8-Metre answering to the deed of gift of the Sira Cup with the best result in the overall score. The scoring therefore is calculated using the actual points from the overall score.

Donated: 2005 Year of Origin:
Donated by: The Royal Northern & Clyde Yacht Club
Owner of the trophy: The Royal Northern & Clyde Yacht Club
Qualifying yachts: All Int. 8-Metres designed prior to 1960 holding a valid certificate of rating and answering to the deed of gift and rules of the Neptune Trophy
Scoring: A separate low score based on the positions from the overall score. THE INTERNATIONAL EIGHT METRE ASSOCIATION The International Eight Metre Association Merikatu 25 A - FIN-00150 Helsinki – Finland

Donated: 2018
Donated by: 8mR Frøya
Owner of the trophy: -
Qualifying yachts: In order to qualify for the Generations Cup an International 8-Metre yacht shall have a valid certificate of rating and comply with the measurement Rules of the different age groups and their respective Rating Certificates. The existing Rating Certificates qualifying for the Generations Cup are First Rule, Neptune, Sira and Modern.
Scoring:  The competition for the Generations Cup shall be scored from each race of the event without discards (if any). The positions of each yacht shall be used for a separate high point scoring system in the respective classes. The high point system incorporates the number of participants starting in each class giving the first place the number of starters plus one i.e.
By 5 starters the first place gets 6 points second 5 etc. with a maximum of 7 points for the first place. The highest overall scoring will be the winner of the Generations Cup. 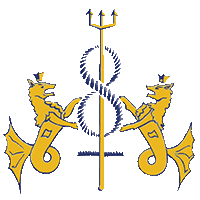